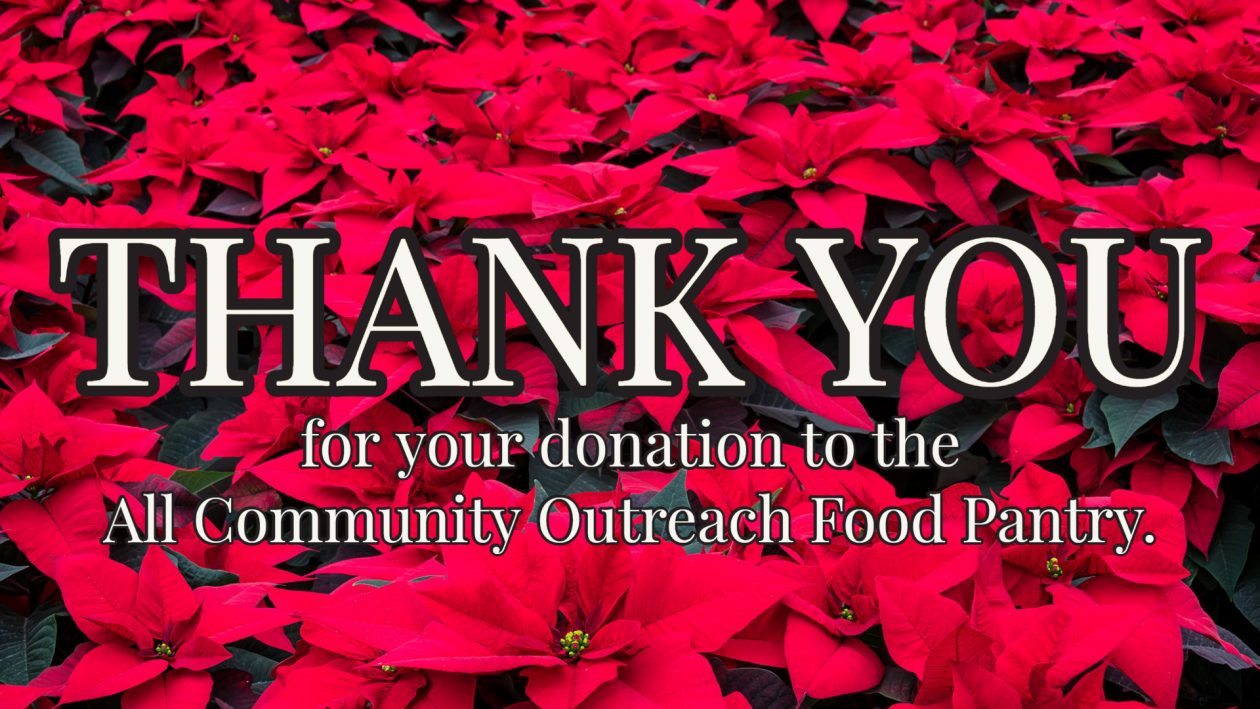 Each dedication represents a gift of food for the All Community Outreach food pantry.